Weed is a traditional Dutch concept. Everyone knows the striking plant with its pointed leaves and spicy scent. Most people know that you get high when you smoke weed and that CBD also comes from the hemp plant. But there are many more fun and interesting facts. Did you know, for example, that men react differently to weed than women and that besides THC and CBD there are many more cannabinoids present in this special plant? Below, you can read all about the 8 best facts about cannabis.

Cannabis contains more than 500 active substances. These include terpenes and flavonoids, which are also found in other plants. But 116 cannabinoids have also been discovered. These are compounds that, when you ingest them, interact with the receptors of cells in your body and brain. THC is such a cannabinoid, it is the substance that causes you to get high. CBD is also a cannabinoid. But there are many more cannabinoids, such as CBG, CBN, CBE and CBL.

Chocolate is known as a mood booster. Who wouldn't be happy with a piece of chocolate? The positive effects on your mood come from the influence of certain substances in chocolate, the polyphenols and flavanols. But you could also use weed instead of chocolate. The cannabinoids in cannabis bind to the same receptors that are responsible for the production of anandamide. This neurotransmitter provides satisfied and happy feelings. Now, of course, cannabis has the additional effect of making you high or stoned. If you don't want that, you can also choose CBD oil! 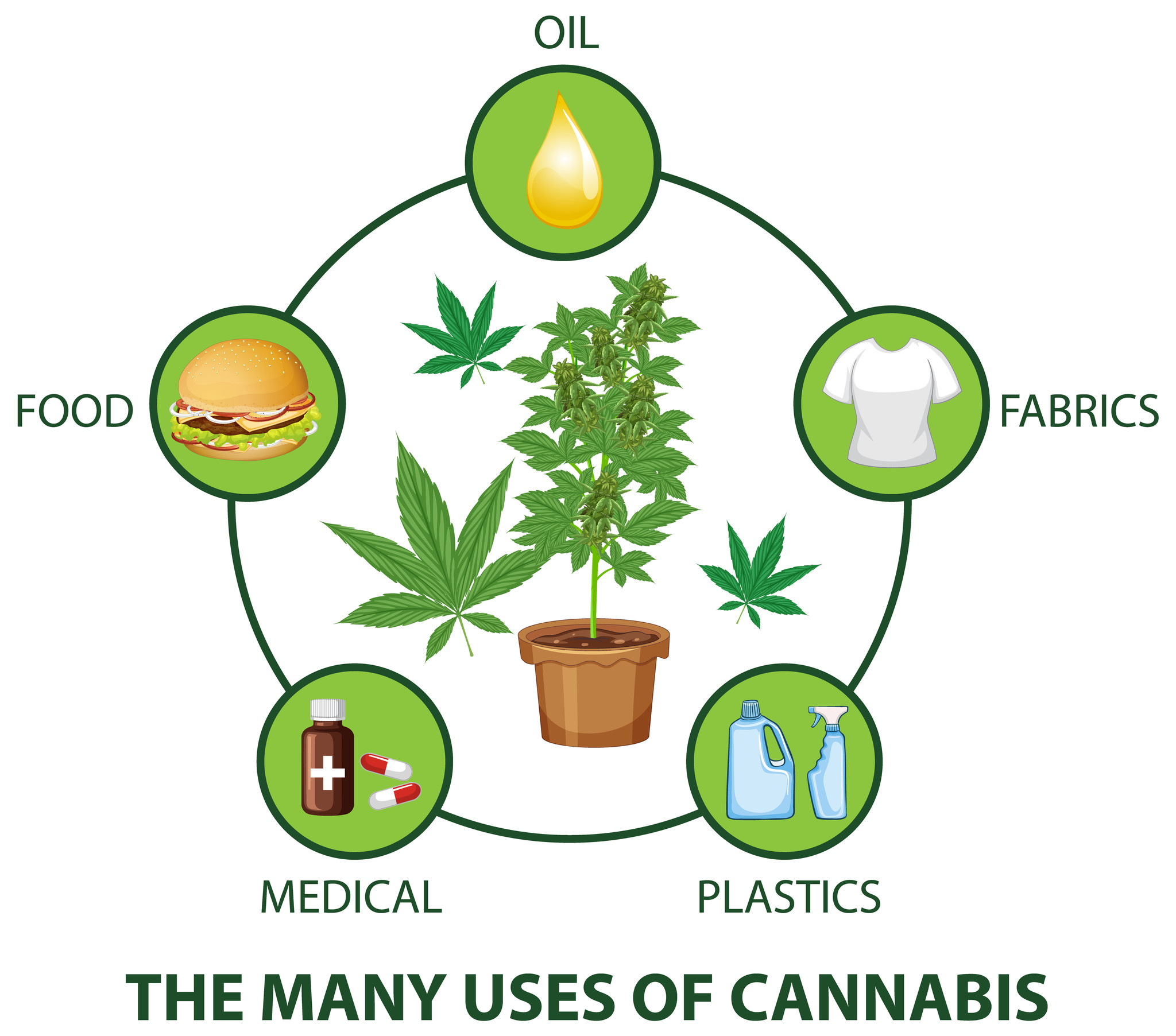 3. The many nicknames of cannabis

Cannabis is a plant that has so many nicknames that it can make you dizzy. In the Netherlands alone there are many names for it: weed, pot, cannabis and hashish. In America, the name marijuana is also used, which first came into use at the beginning of the twentieth century. Weed, similar to weed, is also used there. Ganja is an Indian term for cannabis. If you use this word, almost everyone on earth will understand you.

4. The long history of cannabis

Cannabis is a plant that has been part of human culture for thousands of years. Its first use for its psychoactive properties, which is also documented, dates back to 2500 years ago. People in western China in the Pamir Mountains made a tea from the flowers of the plant. The Greek historian Herodotus wrote about the Scythians in 440 BC. He said that in their tents they heat stones to smoke hemp. This made them scream for joy.

Cannabis has also been used for centuries to make all kinds of useful objects, such as clothing, paper and rope. It was not until the 19th century that the western world looked into the possible medical applications of the plant, and cannabis became more popular than a recreational substance.

5. The spread of cannabis smoke

You might not expect it, but cannabis smoke is practically everywhere. Scientists in Italy examined the air in that country and found that weed smoke could be seen everywhere. The particles could be clearly measured, especially in the major cities, such as Rome, Milan, Florence and Naples. Of course, these are low concentrations, of which passers-by will not get high if they breathe the air. Still, it is surprising that so much cannabis is floating around in all the major cities of Italy. You wonder what it's like in Amsterdam? 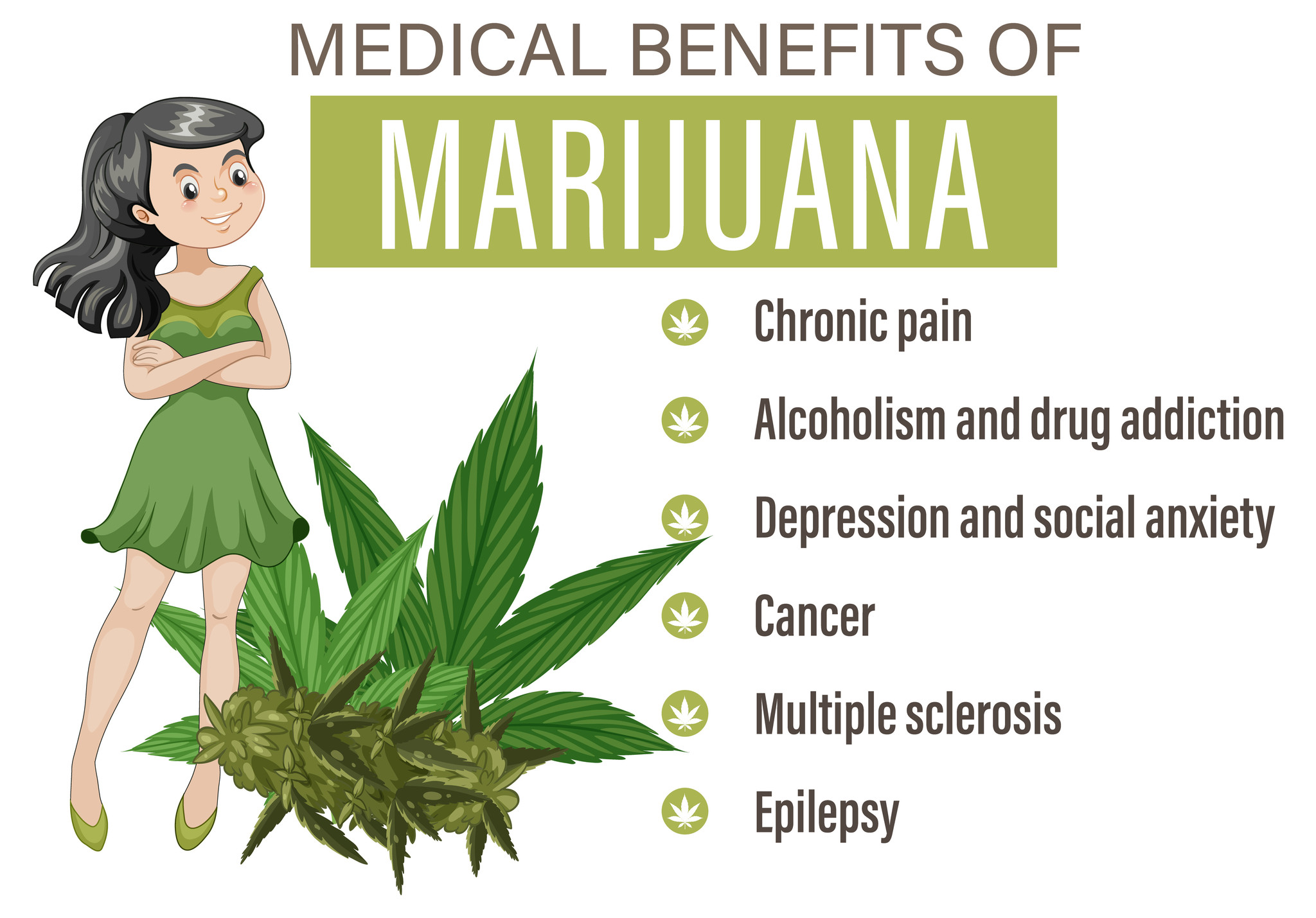 6. The medical possibilities of cannabis

Another fun fact about cannabis: all those different substances, such as cannabinoids, terpenes and flavonoids, may help with various health problems. For example, weed could improve your mood if you suffer from depression. The analgesic effects of cannabis are also well known. It could help with chronic pain, such as neurological pain or rheumatism. It could also possibly alleviate symptoms of cancer or cancer treatment. Always be careful if you want to use cannabis because of its medicinal properties. Get advice from your doctor.

7. The difference between men and women

When women and men use weed, it turns out that they react differently. Even if all external factors are equal, so the type and quantity d weed and the way in which it is smoked, women appear to react slightly differently. They seem to be more sensitive to THC and can therefore get just as high as men with less weed. This is probably because they metabolize THC differently. Furthermore, women also seem to experience some other side effects from cannabis. For example, they can become dizzy and have problems with their visual-spatial memory when they use cannabis.

One last interesting fact about cannabis: William Shakespeare may have used weed! An investigation has been carried out at his home and pipes have been dug up in the garden, in which traces of weed residues have been found. Shakespeare was a talented writer, who meant a lot to world literature. He wrote 154 sonnets, several long poems and 38 plays. Well, he had to get his inspiration from somewhere. Who knows, it came in part from cannabis? He probably wasn't the first and certainly not the last!

8 facts about cannabis you didn't know yet

The benefits of a trip sitter

When cannabis no longer works: Here's what you can do about cannabis tolerance

How do you choose the best magic mushroom grow kit?